IN PRAISE OF GOVERNMENT REGULATION.

It is enforced government laws and regulations that are the foundation of socio-economic equity.  It is the tireless work of unions and social activists that tries to insure the government is mindful of our society as a whole not just the persistent, wealthy and largely unscrupulous lobbying of large corporations trying to insure additional short term wealth for their shareholders.   ‘Think global act neighborly’ is an interesting variation on the old cliché.  We need government regulation to protect the bulk of the population from the predatory few.  This becomes increasingly more necessary and more difficult as everything gets bigger.  As business enterprises and political units get bigger those at the top become increasingly buffered from the effects of their decisions.  Feedback breaks down.  Regulations become more effective and equitable if the people drafting the regulations and enforcing them are themselves effected by those regulations.  This can only really happen in small socio-political units. ( ‘Small is Beautiful’ by EF Schumacher back in the seventies and more recently (2010) Bill McKibben’s ‘Eaarth’ talks to this subject with great persuasion.) For example when the shires were amalgamated under Kennet it was done purely on a population/income basis with little or no regard for the topography of the shires or the well being of the inhabitants. Jeff Kennet was, after all, a free marketeer. East Gippsland Shire is a prime exemplar.     Here is a small example that makes the point. Children’s playgrounds have to be built to a certain regulated standard to ensure the safety of our children.  East Gippsland Shire recently replaced the children’s playgrounds to comply with those regulations.  They build an extensive playground in the caravan park for use of the tourists in the summer and replaced an extensive all ages playground adjacent to the Mudbrick with one designed for kindergarten/toddlers. Previously older children played all the year around on this playground while events were being held at the Mudbrick, afterschool and at the weekends.  We now have a perfectly regulated safe set of playgrounds that are hardly ever used by the children of this community, while before we had slightly unsafe playgrounds being used all the time.  This is because our regulating body is 300 km away and their children do not play in Mallacoota. We need government regulations to protect us from exploitation and our own ignorance but regulations need to be enforced locally by local people who are affected by the enforcement. 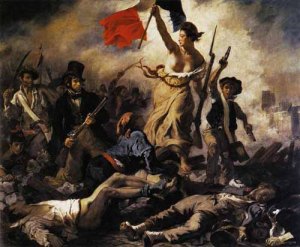